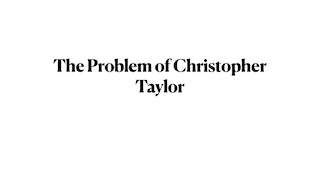 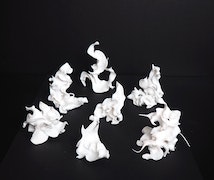 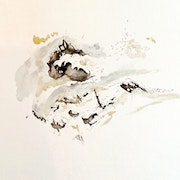 These pieces were all done as a researching artist for the Mental Health Museum, Wakefield, responding to the collection and the archival material.

The video above 'The Problem of Christopher Taylor' is a spoken word piece which takes the listener through facts, fiction, social commentary and human connection. This was my empathic response to the incredibly touching material that I was honoured to be able to research.

And more latterly, for a piece for a group exhibition at the Museum 14th of June - 6th of December 2022, 'Recollections May Vary' I focused on Thomas Lawton. Someone who escaped twice, and was admitted into the Asylum three times.

After witnessing Thomas Lawton’s case notes at the West Yorkshire Archives and physically touching his hand written letter, I felt even more invested in and affected by his story. The reason I was first drawn to him was due to his letter. There are so few written accounts by those admitted into the West Riding Asylums, and there are scant first hand accounts on the stigma of having been in an asylum during the period.  As an automatic artist all four drawings are the exact four pieces that came out. I work rapidly in this medium. No planning, no sketching, I didn’t try again, I didn’t decide that they weren’t good enough, they just are. I allowed the work to come through instinctively as I entered into and connected with the case notes and the history of Thomas.

At one point I had a chat with Thomas firstly using the Crowley Tarot pack and then we had an artistic conversation 'Conversation With Thomas' I then went on to draw 'On To Escape, The First Admittance' and 'Much Diminished, Third and Final Admittance.'

‘The Melancholia of Thomas Lawton’ 25cm x 32cm India Ink, Nib Pen & Brush, 2022
At the age of 33, Thomas was first admitted in March 1859 for melancholia and noted ‘fear of being hanged by his late employer after making a mistake in the dye-house’. We know historically that it was very possible to be hanged for the most minor of errors, especially if you were from a lower class. So his fear was not unfounded and could well have been the trigger for his mental health to decline to a point of it being unmanageable. This piece is my abstract representation of his melancholia.

‘On To Escape, First Admittance’ 38cm x 56cm, India Ink, Nib Pen and Brush, 2022
It was noted that Thomas was ‘always on the look out for escape,’ which he managed after 13 months. I felt that at this stage Thomas had a lot of strength of will. I invite you to take some time to look at the piece from a distance and then to hone into all the smaller details. Imagine yourself as Thomas, enter into his heart and mind and experience what he may have felt.

‘The Cosmology of Freedom, Second Admittance’ 38cm x 56cm India Ink, Nib Pen and Brush, 2022
Thomas was readmitted 21 months later. He was now noted as ‘delusional,’ he’d been wandering up and down the country looking for work. He considered himself an astronomer at this point. Within all the details of the drawing, you will find two large human forms, one facing east, one west. One jumping, one riding a dog. Within the small details you will see every emotion we may go through, numerous faces and beings. To me it speaks to all the twists and turns of mental health crisis. He managed to escape again 9 months later. I also imagine Thomas felt freedom and joy too during his periods of escape.

'The Letter' 55cm x 55cm, Polymer Clay, 2022
A rare hand written letter and account of the reality of living with a mental health condition during this period. This was sent in May 1864 after Thomas’s second escape. It recounts the stigma felt and how that stigma impacted on his capacity to feed himself, how he was shunned by his family and society. The piece reflects how stigma feels to me. The internal sharp poking and twisting as if prongs grow from our bones to dig deep into our flesh and creep into our central nervous system, sending sharp pain into our being.

‘Much Diminished, Third and final Admittance’ 38cm x 56cm India Ink, Nib Pen and Brush, 2022
Thomas’s last admittance was four years after his second escape. He was now frail and in a weakened state. He did recover somewhat, most likely after he finally had a safer place to lay his head and he did at least get some nutrition. However in 1868 his health started to deteriorate and on the 30/10/1869 he died, 10 years after his first admittance. I felt this phase of Thomas’s life was perhaps one of resignation, one of bone deep exhaustion, as his fate sadly won through no matter how hard he fought against it.

'Conversation With Thomas' Ink & Dip Pen on Paper, 2022
Drawn after a Tarot conversation with Thomas, I asked him to tell me about himself.

©2023 Cara Macwilliam. All rights reserved. No part of this website may be reproduced without permission.